What we know about the Old Norse culture and religion is mostly taken from the poems and sagas written in the Icelandic Codex Regius (meaning royal book or the king’s book) dating back to the 13th century, the only document of that period left about Vikings. Before Christianity, the Scandinavian history had never been written down, but passed orally by skalds, the Nordic poets, through poems and songs on deeds of the kings, brave warriors and gods’ help. Vikings were the last among the Europeans converted to Christianity, that is why we have so much controversial information about them and certain details are vague. Even with the new religion, the Norse warriors still were faithful to the pagan gods and continued to pray and wear Thor’s magic hammer Mjolnir symbol along with the cross.

The Basics of Vikings Faith 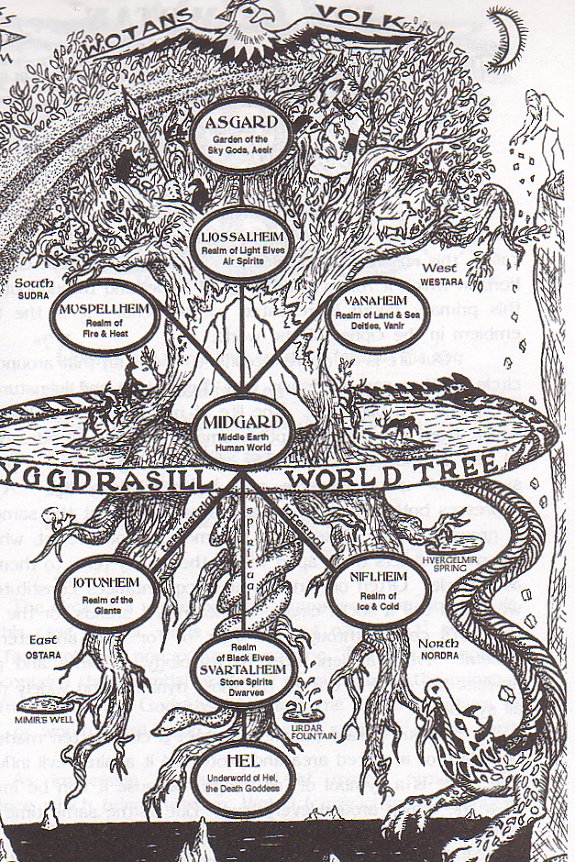 The majority of events in the Norse sagas take place in Midgard and Asgard. The worlds are connected with a rainbow bridge Bifrost. Scandinavians prayed to gods and goddesses depending on the situation. If they needed the good outcome of the battle and protection, they turned to the wise one-eyed god Odin the Allfather, warfare god of justice, death, wisdom. Vikings believed that after death, the warriors were taken by Valkyries to Valhalla, the hall where they could dine and fight along with Odin himself, which was the greatest honor. For any kind of hallowing and fertility, the Norse people prayed to Thor; for love, beauty and fertility they particularly worshipped goddess Freyja. These three constituted the pantheon of the Vikings faith. Sometimes Freyja is indicated with her sibling Frey sharing the responsibilities. Despite the popular image, god of mischief Loki had never been a part of this pantheon, though he played a significant role in Ragnarok.

Ragnarok is the end of the world in the Viking universe. The day, when the gods and goddesses of Asgard would encounter their evilest enemies – giants. The day of the final battle when almost the entire population of Asgard would be killed, but there will be still some left to start a new world, which shows the cyclic character of life in pagan belief of the Norse people.

Ásatrú is a new term having appeared in the end of the 19th century denoting Vikings religion, belief and worship of the Norse gods. Today there are many followers of Asatru scattered around the world making up communities that are faithful to the same old pagan pantheon consisting of Odin, Thor, Frey, and Freyja.